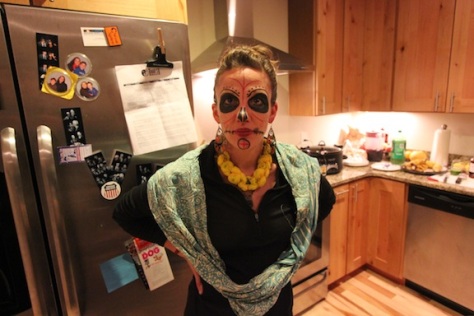 We said our final farewell to Colorado, anxious to cross into Mexico. Two months after our initial departure from Jersey, we are starting to feel like our trip has really begun. After over a year of planning and saving, we are ready to begin on this journey: the truck is dialed in, our attitudes are refreshed, and Lupe still has no clue what is going on. 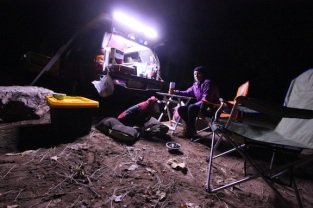 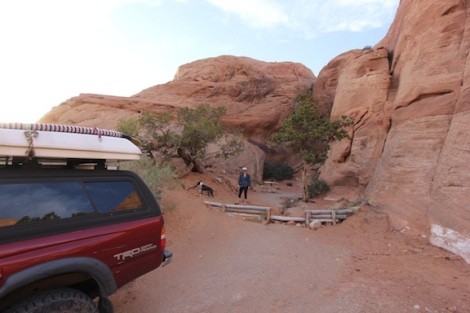 After leaving Colorado, our first stop was Moab, Utah. It was truly breath-taking scenery, but high winds and chilly weather kept us moving southwest at a rapid pace. The landscape of the desert becomes hypnotizing after driving for days. Mexico is close, but driving long hours is hard. When I was younger I once drove for 19 hours straight, but those days are long over and the combination of sore bones and tired eyes makes me out around 8. The southwest has epic terrain, we have a yearning to stay and explore, but we know more interesting things are on the horizon and, besides, there is a sense of “been there, done that”. We have a stronger desire to get out of this country and feel the rush of being someplace unfamiliar. We blaze through Utah, Arizona, and the California desert, deciding to ride the adrenaline all the way to the border. 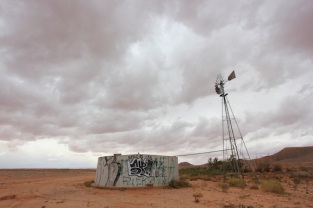 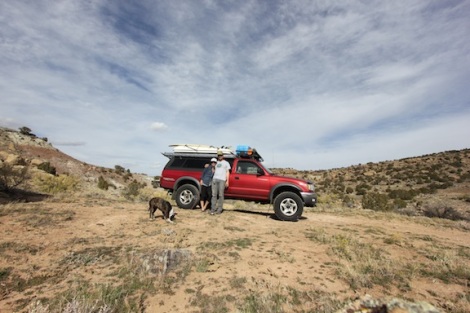 We spent a night in Potrero, California, at a campground only minutes from the border town of Tecate, Mexico. We had received word that this border was easy to cross, as well as uncrowded. This all sounded great considering that the first, and last, time I was in Tijiuana (many years ago) things went pretty sour, pretty quick. As it turns out, crossing the border was not nearly as big of a deal as we made it out to be. The Mexican border peeps were helpful and friendly. They spoke good english and gave us free tacos when we got across (that’s all true accept the free taco part.) But anyway, we crossed with ease, drove through the trash-ridden streets of Tecate, and cruised down into Northern Baja wine country. Yea, thats right, Northern Baja has wine country (aka Ruta del Vino). After a handy tip from a fellow camper, it was decided that we would drive a full day  past the riff-raff of North Baja, with hopes of arriving at a quieter place to pop-up the Autohome. 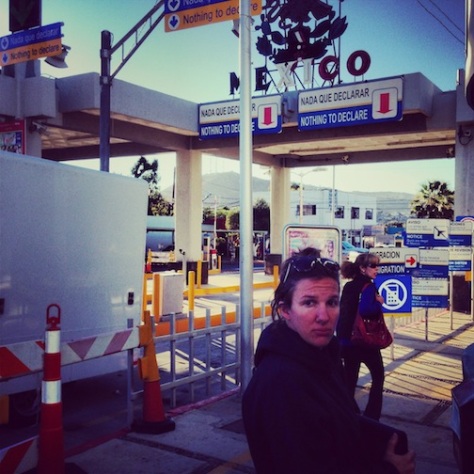 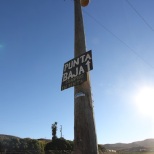 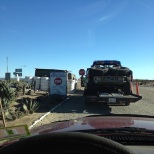 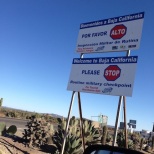 After hours behind the wheel in Mexico, we took a sand covered road for about 10 miles to the fishing village of Punta Baja. This is, in fact, a surf destination, but with no one in sight, high winds, and cold water we decided to skip the surfing and pop open our box of wine. The view was epic, and the sound of the waves put us to sleep. Before we knew it Mexican fisherman were driving through our camp at dangerous speeds in classic toyota pickups. They barreled  down the dirt road before sunrise, making preparations for their day’s work. They did not mind us sleeping in their camp, but once again the high winds made us pack up and leave early. 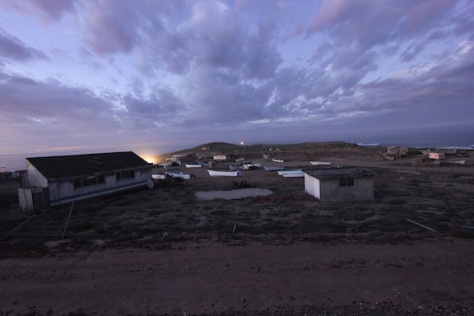 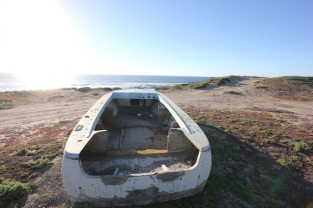 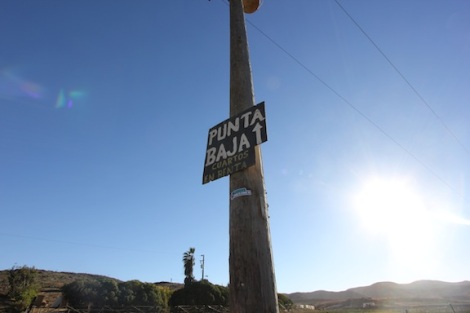 We decided to make the drive to the Sea of Cortez side of Baja to a town called Bahia de los Angeles. This drive is known as one of the “gas gaps”  meaning there is no fuel for hundreds of miles. I get about 250 to 300 miles to a tank so i felt pretty good about the situation, but to be cautious I filled up my two 5 gallon jerry cans. We set up camp on the beach.  The air was hot and dry and relaxing here for a couple nights sounded like a good idea. We busted out the snorkel and saw an abundance of sea life. There was an oversized flounder a few feet from my face camouflaged in the sand. This thing was the size of a Thanksgiving hors d’oeuvres platter. I came to the conclusion that i now need a spear gun. I need to pick one of those up somewhere soon. We did wind up catching about 7 barracuda off the tip of the peninsula in about 20 minutes, but we can’t eat those so we threw them back. 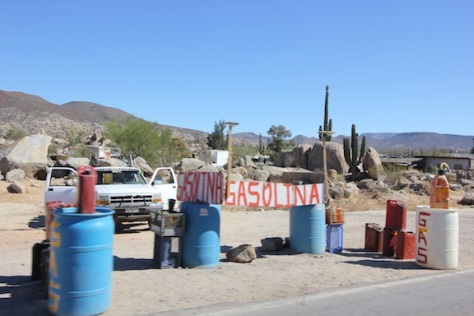 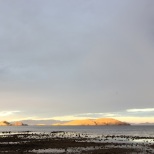 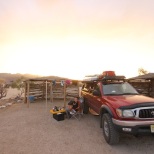 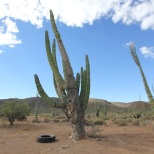 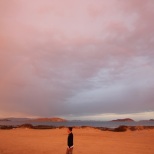 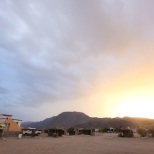 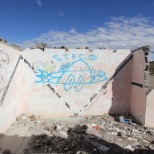 After a couple more military check points, that we pass with ease, we head further south. We currently sit in a an RV Park in the town of Guerrero Negro, in preparation fro our next destination. Our fellow campers have provided us with great tips about some spots to check out, and we are excited to continue onward.  Soon we will post up somewhere for a few days, relax, and fish. So far Mexico has been extremely pleasant, with warm hearted locals and and abundance of Canadian tourists. 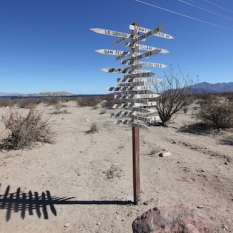 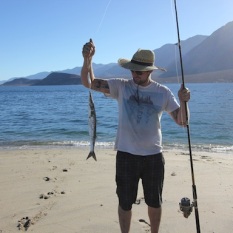