Once we left the Great Smokys, we dipped into Tennessee and found ourselves at Center Hill Lake. This was a typical lakeside campsite, with campers and professional RVers strewn about. Our stay was uneventful, but the weather was uncomfortable, so we headed out in the morning. The next day we departed from the interstate, driving the twisty back roads of the Bible Belt. As we cruised the back country route, we received crooked looks from cross-eyed locals as they stared us down from their overcrowded double-wides. The feeling of being out of our comfort zone was growing more apparent with each piece of anti-abortion propaganda / guns and ammo supplier we passed. There was a general sense that these locals were armed, and looking for any lame excuse to shoot down trespassers. We kept to ourselves and proceeded to the Land Between Lakes in Western Kentucky. 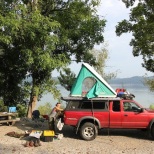 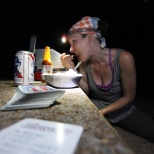 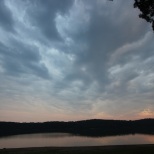 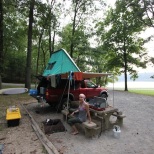 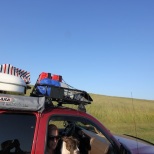 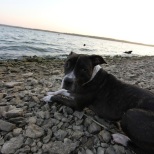 One thing to note about the great plains is the intolerable amount of bugs. At times it became unbearable, and combine that with 90+ degree heat, it was hard for us to handle. The landscape was baron, producing dramatic sunsets, and a lot of horizon to absorb.

Once we crossed the Mississippi River we found ourselves in the town of Cairo, Illinois. Upon driving through, we grew increasingly interested in the town’s dilapidated state. After some quick google action we came to learn that this place had a checkered history. Cairo had some major racial tension around the turn of the century including lynchings and riots.  This old railroad town, sitting right on the Mississippi and Ohio Rivers, had been through a lot. In 2011, the levies broke and completely destroyed it, leaving Cairo in its present haggard state. There were a few people wandering the streets, but for the most part it was a ghost town. 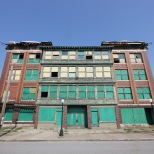 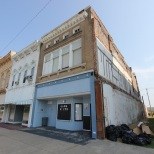 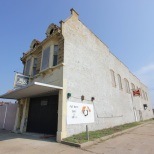 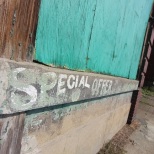 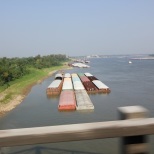 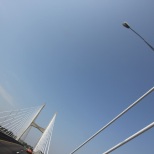 We left Cairo, blew through Missouri, and made it to Eastern Kansas by the evening. We decided to stay at Clinton Lake, right outside of Kansas City, for the evening. During the day, this was once again bug city. I was left seriously questioning how the early settlers did it. Once night fell, the bugs cleared out, there was a cool breeze, and the stars were epic. The campsite was not crowded and the locals kept to themselves within the confines of their RV’s. We had completed a couple hard days of constant driving with the goal of arriving in Colorado.  The interstate through Missouri and Kansas is the most monotonous part of the entire trip. There is a great deal of religious propaganda billboards, fast food truck stops, and some “come see the worlds largest prairie dog” sights which can definitely become repetitive. It became apparently clear that we were ready to get the hell out! As we crossed the Colorado border we took a sigh of relief, knowing that once we reached Boulder we would be able to rest for a few weeks, improve our setup, and make a few extra bucks working. Looks like rain in Boulder… 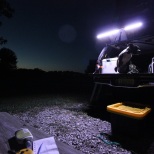 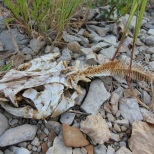 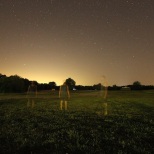 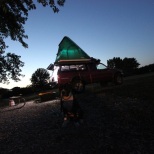 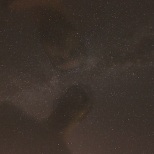 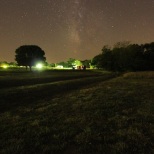 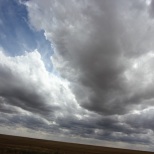 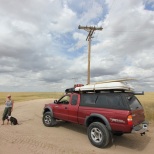 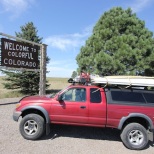 6 thoughts on “The Midwest to Colorado”